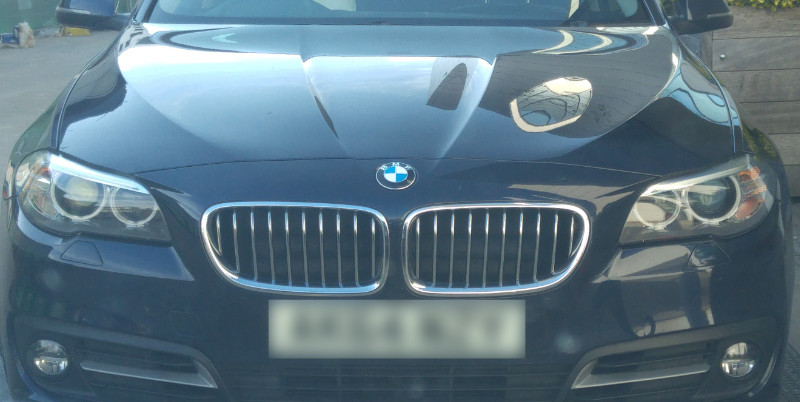 Are you one of those people who sees a face – especially movie villains – when you look at the front of a car? I know I am and I’m not alone. It’s all down to a phenomenon called pareidolia. Although some of us are more prone to seeing faces than others, apparently we all do it to one degree or another.

Are cars deliberately designed to have a “face”? It seems they are according to an article in LiveScience. There are even people who draw faces based on how they see the fronts of cars.

Having established that I’m not a freak (well, not entirely), it explains why I feel different emotions depending on what car I see zooming up behind me in the rearview mirror.

Most cars are fine. They don’t look threatening – unless they drive too close – and I’ll happily move over to the slow lane as soon as I’ve finished overtaking.

Certain makes and models, however, evoke a negative response in me. I can’t be the only person who dislikes having an aggressive-looking car on my tail. Especially ones that zoom up fast and drive too close behind. There’s something about being hounded by one of these that makes me feel less than charitable and, like the passive-aggressive person I am, move grudgingly to the slow lane while shooting disapproving glances in my rearview mirror. The driver gets a full frown and another glare from me as they accelerate past. (Incidentally, they never even look at me as they pass. The effort they put into ignoring me vindicates my strategy of understated hostility).

Without further ado, here are the cars I think resemble move villains like Shan Yu from the Disney movie Mulan

or the equally villainous Jafar from the Disney movie Aladdin

Top of my list is BMW. A fair few of their cars bear a striking likeness to Shan Yu and Jafar (hint: it’s in the eyes, i.e. the cartoon character’s eyes and the car’s headlights):

Audi… what can I say? Another manufacturer who can’t stay away from making their cars look like cartoon movie villains:

Let’s move away from cartoons and take a look at a well-known science fiction series.

Ever since I had my first sighting of a Range Rover Evoque I thought it resembled a Star Wars Imperial Stormtrooper.

Weirdly, it turns out, there actually is a special edition Range Rover called the Stormtrooper

In my humble opinion, however, the Evoque looks more like the villainous soldiers from Star Wars than the special edition does.

Let me know in the comments if there are other cars – or vehicles of any kind – that remind you of movie characters. Or a character from any other media like cartoons, books or whatever.